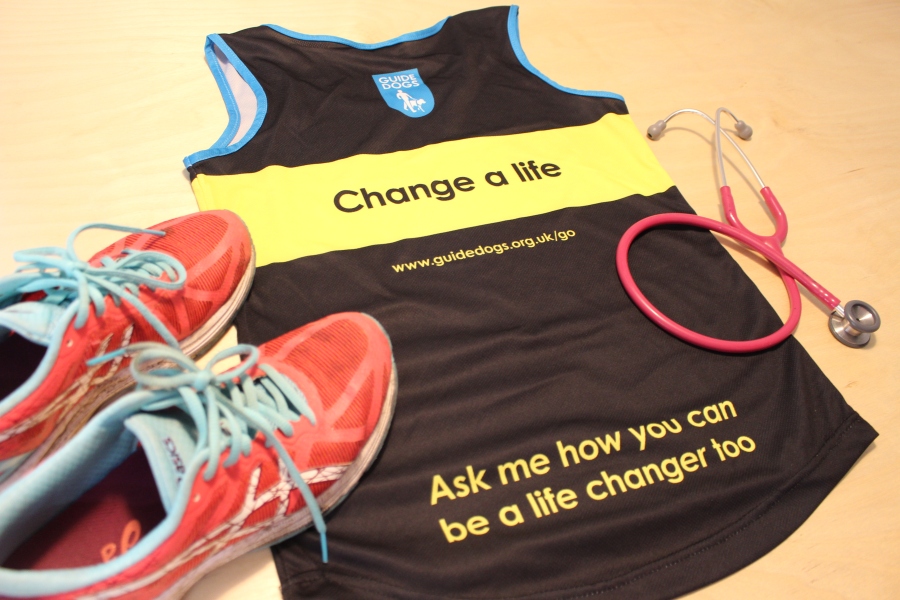 In April 2018 I had a charity place to run the best marathon in the world – The London Marathon. I am an amateur runner, and this was set to be my first ever marathon – quite a step up from the one and only half I’d done before! I had incredible support from friends, family and strangers, and managed to raise over £2,800 pounds for the Guide Dogs Association. However, a few weeks before the big day I discovered that I was (unexpectedly) 5 weeks pregnant. This flipped our world upside down, but after some pretty big talks, a lot of soul searching, and my partner nearly passing out seeing the heart beat on our first scan, we decided that it was the best thing ever.

Then there was the marathon.

The marathon was meticulously planned for (it felt like the only thing that was at the time), it was incredibly public, and I’d raised so much money. The options were to withdraw, but it would be too early to tellanyone why, or to run anyway. I spent days trawling the internet trying to find as much information as possible about running while pregnant. Having a scientific background, I wanted genuinely evidence based information – and there’s loads of great studies that document how positive running can be, how thirty minutes exercise every day can have numerous benefits for you, your baby and your delivery. But this wasn’t quite the same as 5, 6, maybe 7 hours… at the hottest London Marathon on record. There were a few limited studies on intense or endurance exercise in elite pregnant athletes – but I’m definitely not an elite athlete. If I’m completely honest, I think I spent as long as I did trying to find answers because I wanted to find the information that I wanted to hear- that I was young, healthy and fit already and if I took it easy there would be no risk to me or my baby. I wanted to run. I felt a big pressure to run because of the support and donations I’d received, and how publicised the challenge had been. But I also loved the idea that my baby would have run the London Marathon inside me.

I began to visualise this whole new version of myself- the fit, young, pregnant running mum-to-be,  full of energy and positivity (clearly I’d not reached the fat, sick phase yet!). I decided I’d start a blog about running through pregnancy: share the research I had done, and my experience of what it was like, particularly alongside a full time job. I’d do a Facebook announcement once we were on safe ground revealing that my marathon time hadn’t in fact been slow because I was a snail, but actually I’d had precious cargo on board, our very own running bean. I was scared, but I was excited.

However, three days before the marathon, that decision was made for me. After coming down with a cold, I had taken two days of work desperately trying to recover in time. And then I started to bleed. We went straight to A&E who checked me over, but they weren’t able to scan me until after the weekend. I was sent home on bed rest, and had to let all my friends and family know that I needed to withdraw. I said it was because of the cold. Everyone was so lovely, which made lying feel even worse. I watched the marathon from the sofa, not knowing if our baby was going to be ok or not. Friends and family suggested running a different marathon, sooner, while I was still fit for it. But I was hoping that I would still be pregnant. The bleeding had stopped; I’d had no pain or cramps. I felt ok. Although, somehow, I also felt less pregnant in a completely indescribable way.

On the Monday, we had the scan. This confirmed what I felt I already knew – that the baby’s heart had stopped beating several days earlier, at 8 weeks old.

And so, just like that, the vision of the new me, my new life, just disappeared. I opted to have a surgical management. I won’t go into that here, but I may come back to it in a future post in case it might give someone some reassurance – because it was as painless and kind an experience as it could possibly have been, thanks to our wonderful NHS.

That week was without a doubt one of the worst in my life, but there were so many positives as well. I felt happier and closer to my partner than I ever had done before. We had talked more in those four weeks than we had in four years, and we’d never been in a better place- even if it came from the greatest sadness. We both felt a huge relief when we told our families what we’d been through- they were so supportive, and it felt like a huge weight had been lifted. And I began to feel like this was something we were going to come through, and come through stronger.

So, why is this the beginning? As I mentioned earlier, I had begun to think about starting a blog about my new amazing pregnant running self. This wasn’t to be now, obviously, but why should that mean I can’t do it anyway? So here I am. And I’ve set myself a new challenge. The Guide Dogs Association were incredible in their kindness and support and they deferred my charity place for London next year. But I wanted to do something else, to aim for something sooner, help me feel like I hadn’t let down my supporters, and take the pressure off London – just in case. So I’m going to do a double marathon. I’m going to run the Yorkshire Marathon in October, and the London Marathon in April. And I’m going to re-set my fundraising goal at £4,000. And before all that, I’m going to take some time to feel like me again.

I wanted to write a very honest first post, because I think it explains what this journey means to me. But don’t worry; I’m hoping it’s going to be a mostly light-hearted, funny and honest account of the very real struggles of training for your first marathon, as a complete amateur, alongside a pretty hectic full time job! This isn’t a blog about miscarriage, but that was my beginning and I want this to be real.

So until next time- which will definitely be cheerier!

6 thoughts on “The Beginning” 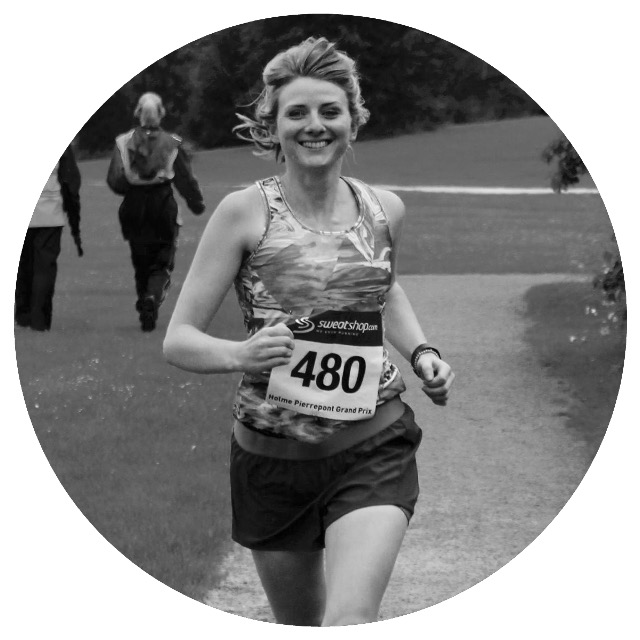