For something that started out as difficult and at times gruelling, running has become absolutely vital to my mental health. The physical challenge of running is a stark and welcome change from the mental and emotional challenges of life. For that short period, the running is all-encompassing; I haven’t the energy or the brain power to worry about anything other than putting one foot in front of the other. But it has also given me mental strength – I’ve ran paces and distances I never thought I could just by keeping going, an approach I use in the rest of my life. I’ve gained self-respect and self-love. It has helped me enormously through difficult times.

So when I suffered a miscarriage just before I was meant to be running my first marathon, one of my biggest questions was when can I run again. I felt like I was drowning in insurmountable emotions, my hormones were all over the place, and my brain would not allow me to think about anything else even for a second. I knew how much running would help.

The advice from the doctors regarding exercise was vague, and I’ve learnt that this is probably because people’s experiences post-miscarriage, and post-surgery, are very variable. I was told around 2-3 weeks for running, and that I could bleed for up to 6. I turned to Internet forums, but there was little to go on – I guess when you’re a month down the line most people are moving forward rather than heading back to a website to let people know how many miles they’re up to.

I found it incredibly hard. I felt like I knew what would make me feel better, I already had an answer, but yet I couldn’t do it. And nobody could really tell me how long it would be. So I decided then that once I was fully recovered, physically if not mentally, I would write this post. It would have helped me to read someone else’s experiences, so I hope that maybe it can provide that for someone else.

I had a surgical management (D&C), under a short general anaesthetic. I was very tired the first 48 hours and did initially have some moderate bleeding. Running was not really on my mind. I felt quite fragile, and whilst I didn’t suffer with severe cramps  I felt tender through my core and wasn’t comfortable using my abdominal muscles.

On the second day I headed out on my own for a gentle dog walk. It was lovely. Going alone meant I could go at my own pace, and with Milly off the lead she didn’t mind if we were walking or sat on a bench. It felt so good to just get out. I continued with walking for the next few days, building it up, and finding that, unlike when I run, I had time to appreciate my surroundings. By day five I was managing reasonable walks. I wrote a piece called when you can’t run, walk about walking instead when running is your usual therapy. 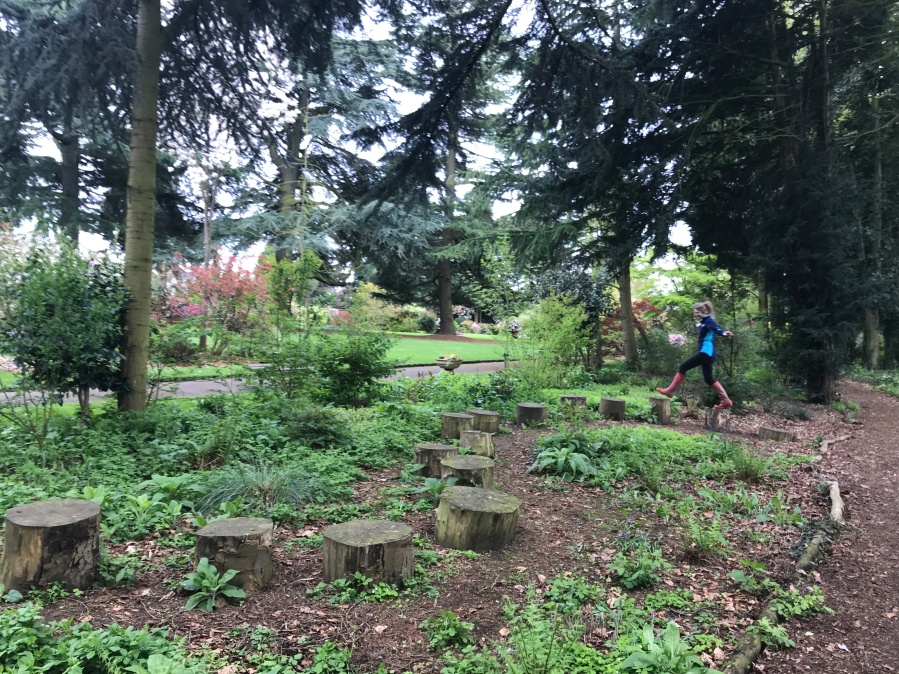 By this point I was feeling a bit stronger. I was still off work, and had this feeling that I was ‘wasting’ this time off. I don’t get a lot of free time so normally pack a lot in – maybe this isn’t the right approach to sick leave! I’d tried running a few steps but the impact felt too much on my abdomen, so I decided to try cycling instead – that’s basically just legs anyway and there wasn’t anything wrong with them. But being me I got somewhat carried away and ended up cycling 10 miles. I felt great during it, but as soon as I got home I had some heavy bleeding and back pain. I was pretty disheartened.

At the end of that week I did my first Parkrun with a friend. We walked initially but I began adding in a few very short intervals of running. I was quite cautious after my experience cycling. The running felt strange. I was very weak through my core and I didn’t feel the same runner as a few weeks ago, when I’d been ready to take on a marathon. But I did it. 38 minutes. But it was a baseline, and I had no ill effects or increased bleeding.

The next day I was struggling to sleep so I headed out at 5:30am and got to see the most stunning sunrise. I wrote about that run here. The success of the intervals the previous day had given me confidence, so I set myself 0.2 mile run, 0.1 mile walk for 2 miles, and I ran much better.

I found, as I’ve read is quite common, that my bleeding was worse in the second week. I’m not sure if that was because I was increasing my activity, or if my body was actually recognising the miscarriage.

I continued to build, doing a few more interval sessions. I’d recommend this because I felt like I was actually running properly during the intervals, but the walking segments helped me recover. Having set intervals meant I didn’t get carried away either. I dropped my distance to 1.5 miles for my first continuous run but managed it. I was a bit upset about how hard I found it. I felt like I’d lost a huge amount of fitness in what was actually quite a short period of time.

I felt low about my running, so I decided to do something about it. I signed up to pace 35 minutes at the parkrun. This was still a challenge as it was 3 minutes quicker than the previous week, and I couldn’t do intervals. But it was fab, and perked me right up. I wrote about this experience here, and it was lovely to share it with some of the people I’d met.

I went from that continuous 3.1 miles to a run of 5 miles and managed a more reasonable pace. The next 5k I did in 29:30. I found this very hard-going which was depressing (I’d been doing 26 minutes only a few weeks before) but looking back at my runs so far I realised it was actually a huge leap forward. Nearly ten minutes quicker than two weeks before.

I managed my longest run so far – 7 miles. And it was a quicker pace than the 5 miler, with negative splits due to the proximity of dinner time!

So overall, I’d say you cannot do anything but listen to your body initially. That is the priority. Mine let me know when I’d overdone it- I had worse pain and worse bleeding afterwards, even if it felt comfortable during. Be prepared that the complete rest of your core will waste your muscles far more than just a normal week or two off running. I still don’t feel anything like I did before. But actually it hasn’t been that long at all and I’ve already clocked 29 miles. I should feel quite proud!

The biggest thing is that you absolutely have to adjust your expectations of yourself. If I compared every run to my runs before I’d have got seriously depressed. And sometimes I did. But I have to kick myself. I’m just glad I can get out there and do it again comfortable.

When I miscarried I felt that my body had let me down, that it was completely and utterly useless. But through my running I’m beginning to reclaim my body as my own, and feel proud of what it can achieve. Physically at 4 weeks in I feel completely recovered, the remnants is just the loss of core strength and fitness.

Mentally, I’m not quite there. But the running is really helping..

I really hope this post might be of some use to reassuring, or guiding someone in a similar position. If anyone would like to know any more, or ask me anything about my experience of the surgery, recovery, or getting back to exercise leave me a comment or send me a private email. I’d be honoured to hear from you.

17 thoughts on “Returning to Running After Miscarriage”