Athletics tracks: they’re for Athletes, right? What business does an (enthusiastic) but thoroughly amateur runner have on one of those? I never in a million years thought I’d ever run around a real athletics track. But I did, and I loved it! So I want to share what you might expect from your first ever track session, and why you shouldn’t be afraid to give it a go.

I went along to a track session held by a local running club a few weeks ago. I was invited on Twitter (the running community on Twitter is second to none) but was amazed to discover that the track was exactly 2 minutes away from where I work, hidden behind a hedge so I would never have known it was there! Going along to an organised session is a great way to start, because although The Track feels mystically impressive when you get there, it is essentially just running around in a circle – therefore having a bit of structure and guidance of what exactly to do whilst running in a circle is very useful. 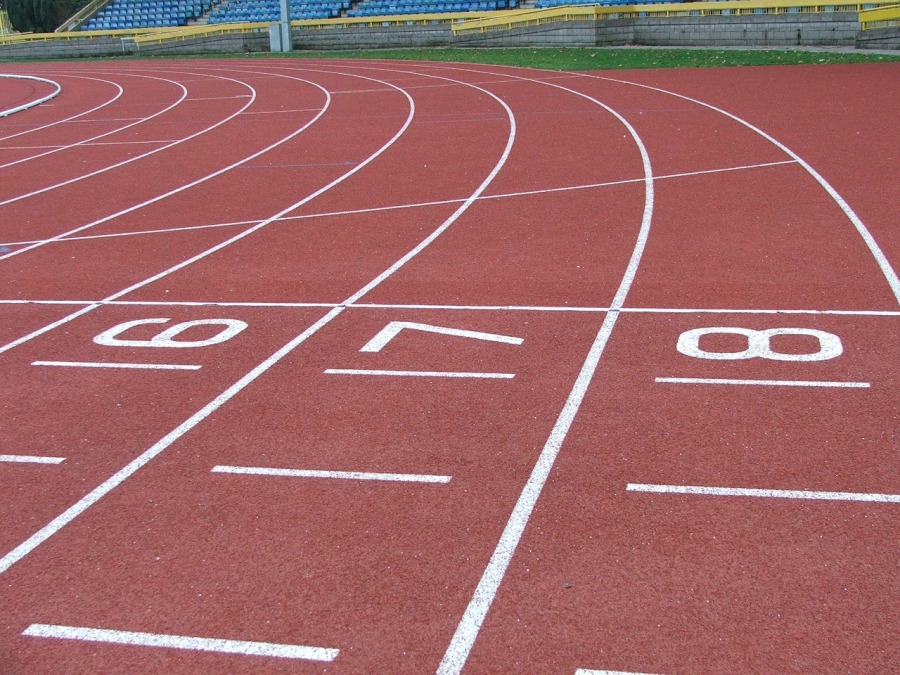 So, this is what I learned:

As I arrived and realised everyone was significantly better than me in every way (this is fairly standard) I will admit I felt a little daunted. But very quickly the field spread out, I got lapped by a few runners, and suddenly we were just one big group all moving round at different speeds. I realised it is impossible to tell who is leading, and who is at the back; and although I was fairly sure I was probably last by about ten laps I couldn’t fall behind, officially come last, or get lost. For a slow girl with no sense of direction this was absolutely marvellous.

You Can Run With People of All Abilities

A track session seemed to me like the holy grail of training, this is where the serious athletes come to do serious stuff, and so it’s a pretty intimidating thing to sign up for as an amateur. But for all the reasons stated above, I realised afterwards that far from being elitest – its actually almost the most inclusive method of running ever. Because we were all running at different speeds, I found myself running alongside almost every member of the group at one point or another, albeit for a split second in some cases! My partner took up running a few years after me, and for two wonderful weeks we were equally matched, and it was something I enjoyed doing together. Since then he’s been significantly faster, meaning its hard to run at a pace that suits either of use. Instead, I dragged him along to a track session – something we could run together (we didn’t actually run alongside because I just about managed not to let him lap me!) but that was still a useful training session for both our abilities.

Speedwork is SO Much Easier With Friends

Generally track sessions will have some focus on speedwork, otherwise it’s a little dull. I like interval training and quite often set out for a 2:1 run walk session on my own or with my dog. This was the first time I’ve done anything like this with other people and my word does it make a difference. There was no mental bargaining to stop early or slow down; sometimes I tried to keep up with another runner, other times I tried to catch them! As I said, its very inclusive and at no point did I feel embarrassed by my abilities – but a little peer pressure is a pretty useful training tool and I definitely wanted to do my best in front of these new friends.

Most running club sessions will focus on sections of either a certain distance, or a certain speed. And everyone can run these at their own pace, depending on both their ability, and what they would like from the session that day. Some nights you might want to sprint off the frustrations of the day, other times you might want to take it slightly steadier but appreciate the group atmosphere. Believe me, nobody else is paying the blindest bit of attention to what you’re doing, and the same session will have the same benefits for each runner whatever their speed or ability.

Up until now I’ve followed training plans vaguely, done a few hill sessions or intervals, but I’ve never really done any targeted training. When I go out for a run I just run, for a certain distance, maybe at a certain pace, but basically I just do my best. This was totally different – we did a proper warm-up lap (yes this is super important, yes we’re all rubbish at doing them), then sprint intervals in a triangle with slow running in between, and then a warm-down lap to finish. In my interval sessions previously I’ve always run as fast as I can and then collapsed into a walk/crawl for the slow phase. This session really made you focus on your pacing – we were sprinting for different intervals so you needed to adjust your effort hugely depending on whether it was 4 minutes or 30 seconds. But the biggest difference was that we had to keep running in between – as slow as we liked – but keep running. This approach had a huge effect on my ability to judge my pacing, but also my ability to keep going and I’ve noticed huge benefits in my pace on shorter runs by practicing.

I felt like I was at the Olympics! Fact. 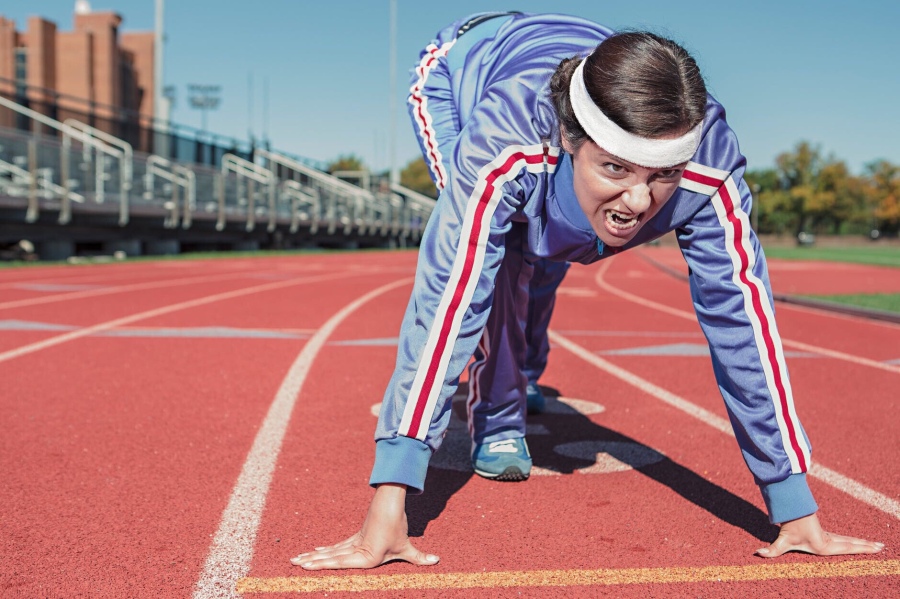 So there you go! You don’t need to be afraid or intimidated. You don’t need to be able to run a certain pace or time. You don’t need to be worried about being the slowest. You don’t have to be an Olympic athlete to run around a track. And you will: make new friends, run with people of all abilities, find it easier to run fast with people around you, and you will definitely see a huge improvement in your running. I’ve found mixing up my old routine has helped me find my passion and excitement for running – I’m doing this I never thought I would, whether its fell running or the track.  And that’s because I’ve seen normal people like me are out there doing it. So if you’re normal, like me, I hope that this might give you the little bit of confidence you need to find your inner Mo Farah and try something maybe you never thought you would..